Christmas time is getting booked up!

If you're planning to go away between December 15th and January 15th, please let me know ASAP. The week between Christmas and New Year's is filling quickly.
Posted by Three Star Pet Sitting Services at 8:35 PM

Pet photos with Santa! Global Pet Foods at 3110 Kingston Road will be hosting Santa Claus on November 28 and December 5 from noon till 4 pm. All proceeds will go to the SPCA.

Map to the store
Posted by Three Star Pet Sitting Services at 10:50 AM

There's more than one way to pill a pet

This week, I took on a new client that had a cat who needed medication every 12 hours. I was reluctant to take this job at first because he only allowed one person to pill him, that being his dad. When he went to the vet for any reason, it took several people to hold him down. However, the owners are so dedicated to their cats and after meeting their kitty I thought it would be easy to pill him. He'd mellowed out because of this medication and when I met him, he didn't hide or run away which was unusual for him.

The first time I pilled him it was a breeze, but the next time he turned into the Tasmanian devil! Seeing he needed the medication, I knew I had to come up with a plan. Here is what I started with:

Sliced cheese. I rolled a small piece in a tiny ball and he licked it, rolled it, then left it alone.

Canned tuna. He loved the juice and ate a bit of the meat. There had to be a better solution.

Fancy Feast canned food. Something I would never feed any cat regularly, but as a temptation it does the trick. I took a very small amount of Fancy Feast, mixed it well with the crushed pill, added a bit of tuna juice and presented it to him. He ate it! There were a couple of tiny bits left so I added a bit more Fancy Feast and tuna juice and it vanished.

We have done this all week. When I say a tiny bit of Fancy Feast, I mean tiny. One small can lasted us 6 meals. Once he eats the canned food with crushed pill, I put his dry food down and he gobbles it up, then it's removed until I go back to his house in 12 hours. By then he's hungry again and has no problem eating his laced canned food.

The main reason this has worked is the timed feedings. If he were able to eat throughout the day, he wouldn't be hungry enough to eat the tuna mixture at night.

For those of you who have hard to pill pets, here are a couple of other things you can try:

Pill Pockets are soft treats that are hollow in the middle and across one end. You put the pill in, pinch the top closed and give it to your pet. They come in a number of flavours and are made for cats or dogs. They need to stay moist so remember to seal the bag once it's been opened.

Sliced cheese works for a lot of pets but my dog Sam was always aware of the pill in the middle so I had to use trickery and deception! I would take three pieces of cheese and make 3 small balls with the middle one having the pill. I would give her a pill-less piece first to gain her trust, then present the remaining two; first the one with the pill and then the final piece. She would see the third piece and eat the second one with the pill quickly to try and get at the third.

I have one cat that's on medication for hyperthyroidism and another for a heart problem and they are given a chewy, salmon flavoured treat that has the medicine in it. These can only be purchased through a vet so if you are having problems using conventional pills, ask your vet if the medication comes in a chewy treat. They are more expensive but if it does the trick it's worth it.

Some medications are compounded into a transdermal gel that you put on the inside of the ear. The most common is Methimazole, which treats hyperthyroidism in cats. The medication is in a tube and the caregiver measures out the prescribed dose and applies it inside the cat's ear.

These are among the most stress free ways of medicating a pet. If it works, it's a win-win situation for everyone involved!
Posted by Three Star Pet Sitting Services at 9:53 PM

Speaking of Dogs is a Toronto based charity and they are holding an online auction to raise money for the dogs they help. There are 130 very interesting items available, so if you see something you like, go ahead and bid!
Posted by Three Star Pet Sitting Services at 9:44 PM

Petition against HST in Ontario

Please read the website and sign this petition if you feel so inclined. Among the many things that will increase by 8% is pet sitting. Every service I offer will increase by 8% as pet sitters and dog walkers only charge GST at this point, which is 5%. If this goes through, it will increase to a whopping 13%. Veterinary care will also be affected so caring for your pet will become substantially more expensive.
Posted by Three Star Pet Sitting Services at 7:45 AM

I will be on holidays beginning September 26 till October 4, returning to work on October 5.
Posted by Three Star Pet Sitting Services at 11:00 PM 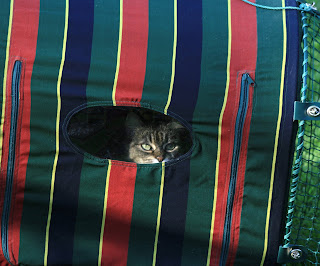 I'm a big fan of the Kittywalk System. I bought my first component several years ago and added a covered part the following year. There are many more pieces than the two I chose, and I continue to resist adding them because they will take over my backyard!

Having the Kittywalk Deck and Patio as well as the Clubhouse is great because Molly can spend hours in the backyard with me and can watch the birds without catching them. She gets to breathe in fresh air and roll around in the grass. The Deck and Patio section is made of a fishnet material so she can hang out in the sun or shade, while the Clubhouse piece is enclosed with canvas along the bottom, top and sides. A small window allows her to peek out when she feels like it and there are flaps on either end. She likes to lie in the Clubhouse while watching birds through the flaps, and if she gets tired she curls up and falls asleep. I usually put one of her (many) beds in it and she's eaten quite a few meals alfresco.

For information on the Kittywalk system, visit their website at http://www.kittywalk.com/outdoor.asp
Posted by Three Star Pet Sitting Services at 10:12 PM

A wonderful, new website has been launched and it's all about cats and the optimal way to feed them. Check out Feline Nutrition Educational Society and learn about your cat's nutritional needs and how feeding cats what they need prevents many chronic illnesses.
Posted by Three Star Pet Sitting Services at 1:30 PM

If you know when your summer vacation will be and you need me to pet sit, please book ASAP. Over the last few days I've had quite a few bookings and some weeks are getting filled up.
Posted by Three Star Pet Sitting Services at 10:48 PM 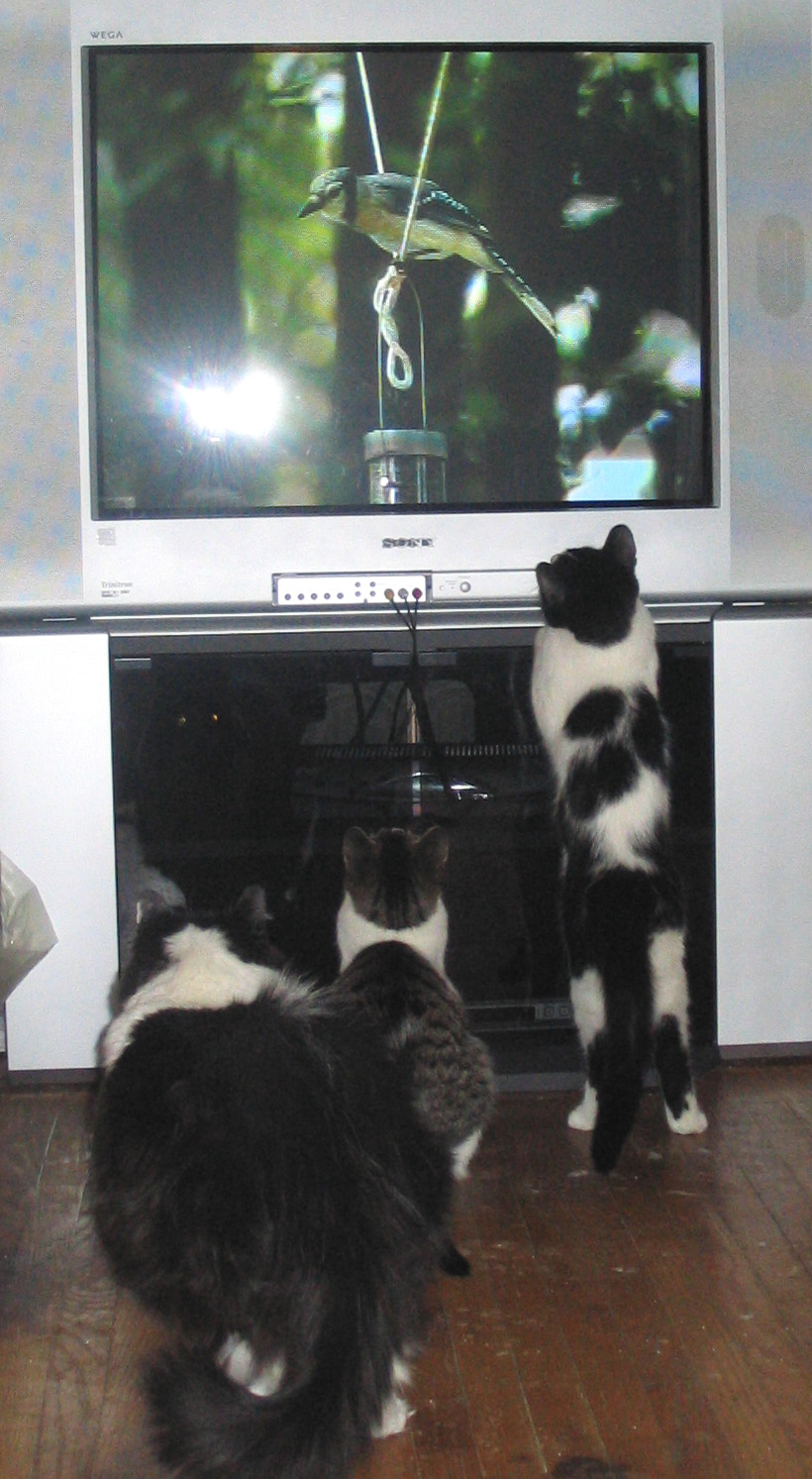